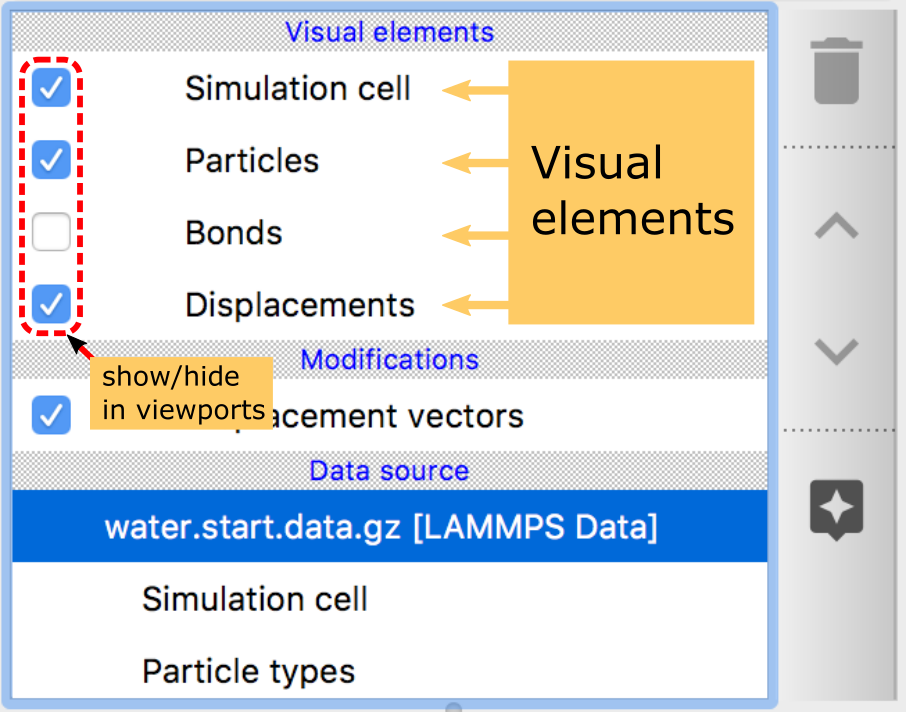 OVITO distinguishes between the underlying data and the visual representations produced from that data. One typical example for this separation between data objects and their visual representation is the Position particle property, which holds the XYZ coordinates of a set of point-like particles. To visualize this data, OVITO automatically creates a Particles visual element, which is responsible for rendering a corresponding set of spheres in the viewports, using the Position particle property as source data. The Particles visual element provides several parameters that let you control the visual appearance of the particles, e.g. the glyph shape (spheres, discs, cubes, etc.).