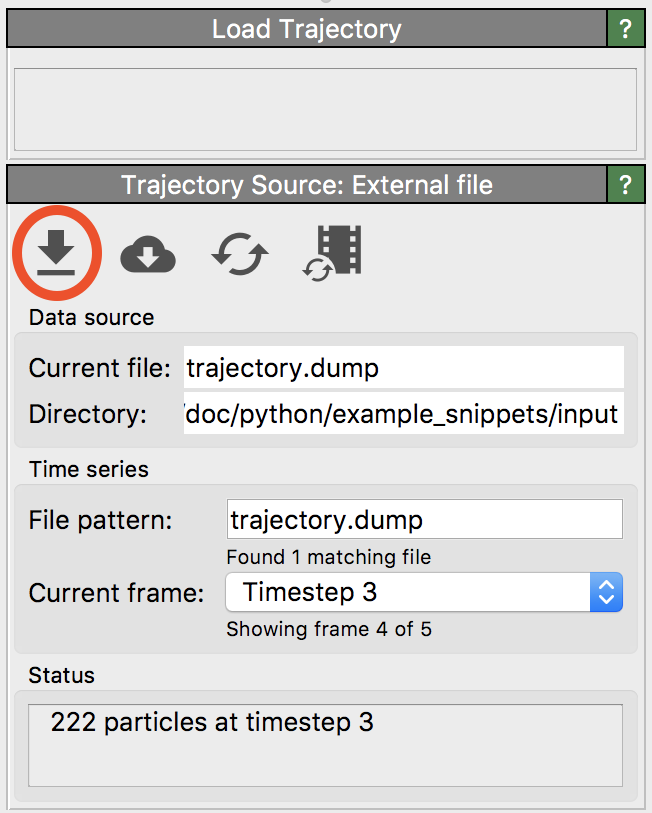 This modifier loads atomic trajectories and other time-dependent data from a separate trajectory file and merges them with static topology data (e.g. atom type and bond connectivity information) loaded from the primary data file.

Some molecular dynamics codes use or write separate topology and trajectory files. The topology file typically serves as starting point of the MD simulation and contains the initial atomic positions and the definitions of static structures like the atom types, bonds, etc., which do not change throughout the simulation. The trajectories of the particles computed by the MD code are then written to an output file, which stores just the time-dependent coordinates and sometimes other varying information such as the atomic energies.

LAMMPS is a simulation code that employs this topology-trajectory file philosophy. LAMMPS uses the data file format for input files, which define the atom types and bonds in the simulation, whereas the dump file format serves as output format storing the computed atom trajectories and other time-varying information. 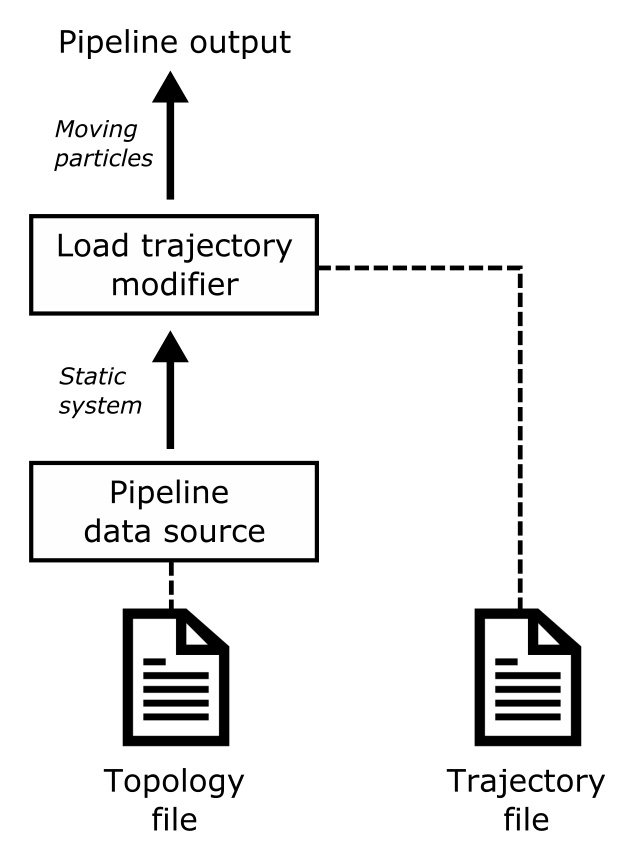 To load such a pair of topology and trajectory files in OVITO, first open the topology file using the regular File ‣ Load File menu function. Then insert the Load trajectory modifier into the data pipeline and use the button highlighted in this screenshot to also load the corresponding trajectory file. Make sure you perform the last step in the user interface panel of the selected Load trajectory modifier and not in the original External file panel, which looks very similar and manages the initial topology file.

The LAMMPS code supports reactive molecular dynamics simulations, in which the bond topology dynamically changes during the course of the simulation as bonds break or newly form. The changing bond connectivity in such simulations can be dumped to an output file using the dump local command of LAMMPS in combination with the compute property/local command, see the example below. In simulations using the ReaxFF potential, the fix reax/c/bonds command may be used to write the bonds list (including bond orders) to a text-based output file in regular time intervals.

OVITO’s Load trajectory modifier can read the varying bond topology from dump local or reax/c/bonds files and merge it with the molecular dataset. The loaded list of bonds will replace any static connectivity that may be present in the initial LAMMPS data file. Typically, you will use two instances of the Load trajectory modifier in the same pipeline, as shown on the side, to load the atomic trajectories as well as the time-varying bond information from a reactive MD simulation. 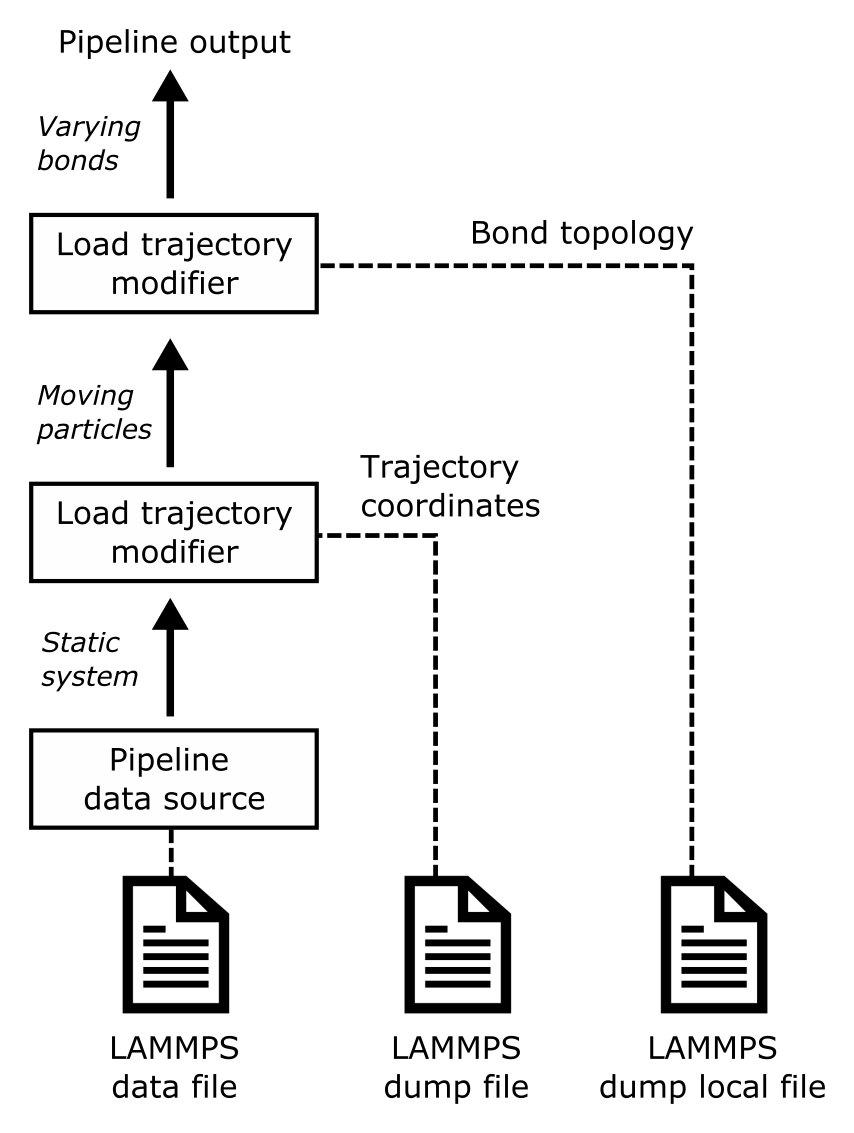 LAMMPS is able to output the changing bond topology in regular time intervals and also additional per-bond quantities such as the bond lengths, bond forces or bond energies. Consider, for example, the following LAMMPS commands, which dump the current bond list to an output file in regular timestep intervals:

When importing the file into OVITO using the Load trajectory modifier, you need to map these data columns to the correct bond properties so that the program can interpret the values in the LAMMPS dump file correctly. The following table shows how that mapping should look like:

In this example, the third and the fourth file column were mapped to the Particle Identifiers bond property, which signals OVITO that the dump local file contains a complete new set of bonds, replacing the original (static) bond topology previously loaded from the LAMMPS data file. In contrast, if a dump local file doesn’t contain pairs of particle IDs, then OVITO assumes that the file stores auxiliary per-bond values and simply adds them to the existing bonds as new properties. In this case, the number of bond records in the dump local file must exactly match the number of already existing bonds in the model.

File written by the fix reax/c/bonds command have a different format, which is fixed. OVITO maps the contained information automatically to the right bond and particle properties.