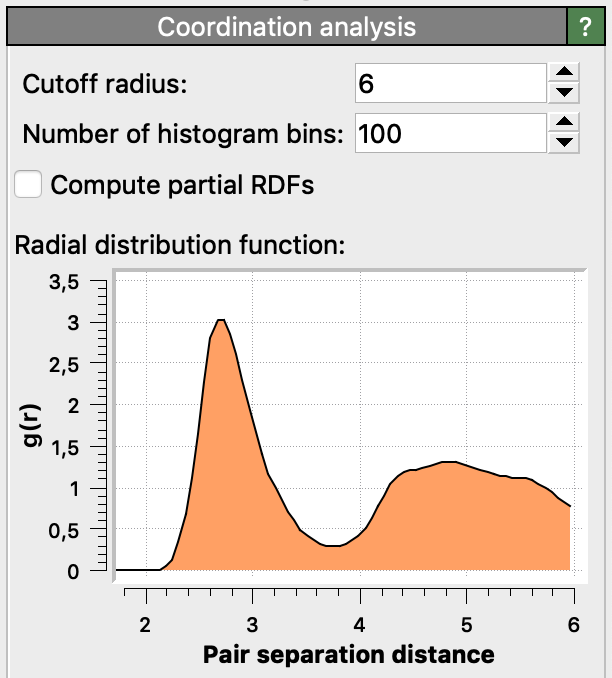 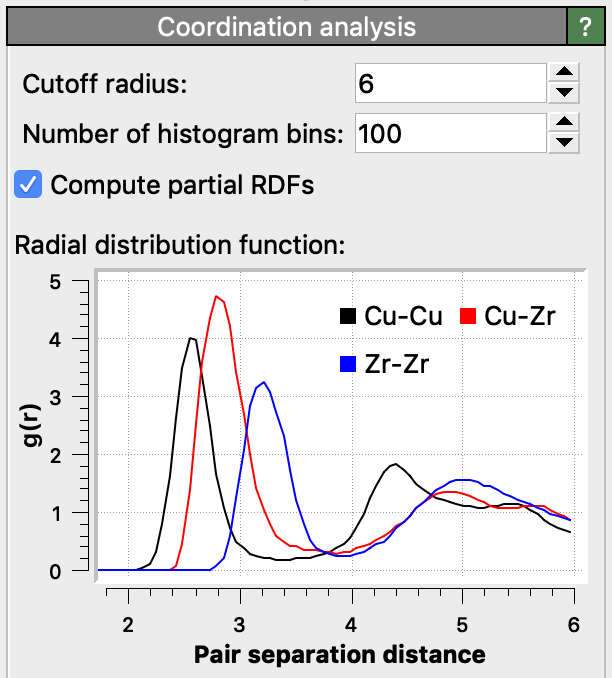 The option Compute partial RDFs lets the modifier compute separate radial distribution functions for all pair-wise combinations of particle types or chemical elements. The computed partial RDFs will be normalized such that the summation of the partial RDFs, weighted by the product of the two corresponding elemental concentrations, yields the total RDF. For example, for a binary system with two particle species \(\alpha\) and \(\beta\), the modifier computes a set of three partials functions \(g_{\alpha \alpha}\), \(g_{\alpha \beta}\) and \(g_{\beta \beta}\), which add up to the total distribution as follows:

Note that the modifier calculates the instantaneous RDF for the current simulation frame only and outputs it as a data table, which varies with simulation time. Subsequently, you can use the Time averaging modifier of OVITO to aggregate all per-frame RDFs into one mean RDF, averaging the distribution over all frames of the loaded trajectory.