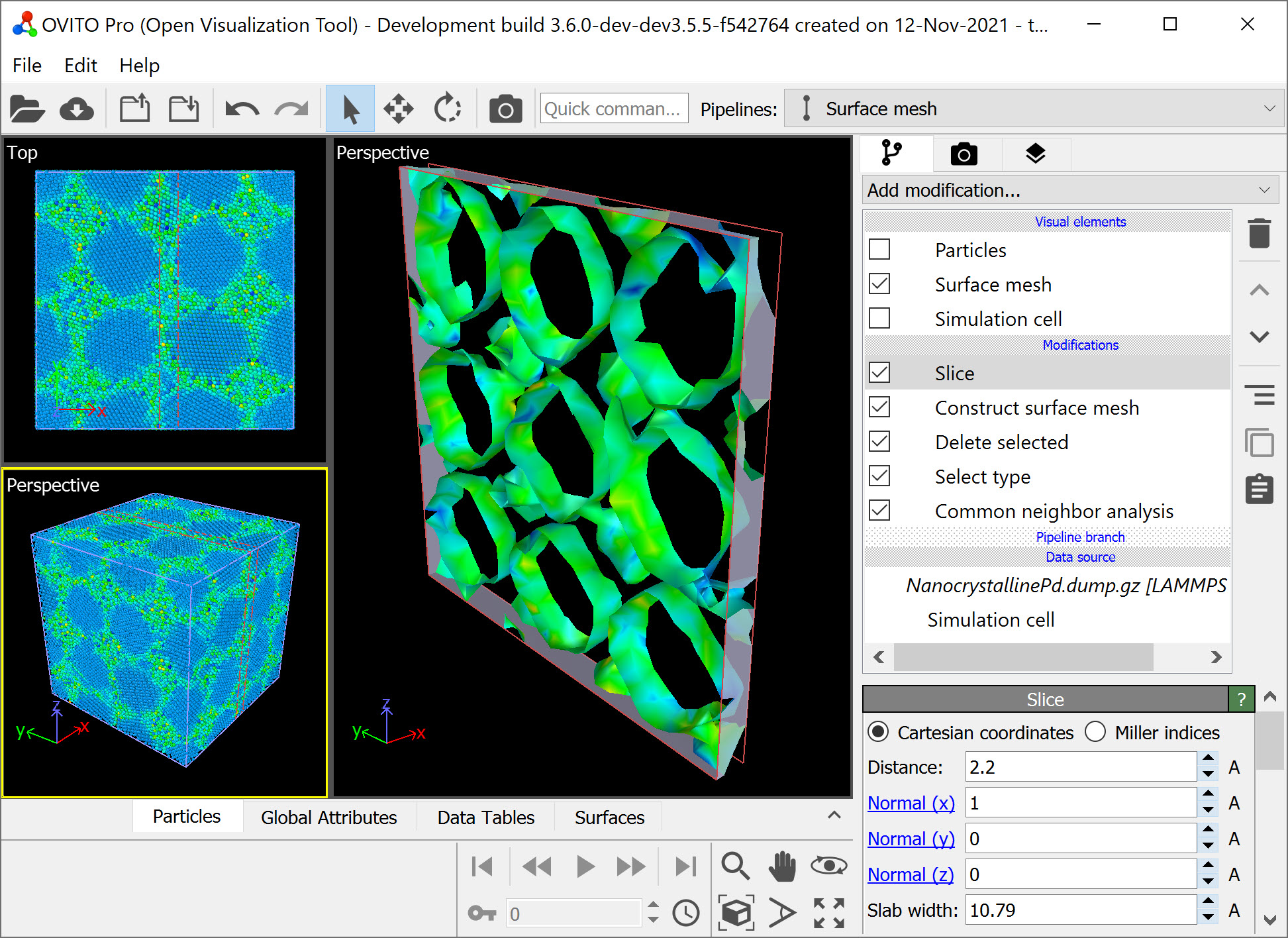 Since OVITO 3.6 you have the possibility to edit the standard 2-by-2 layout of the interactive viewport windows. You can tailor the arrangement and the number of viewport windows to your specific needs. Furthermore, it’s possible to insert more than one dataset into the same scene or use branched data pipelines to visualize different datasets or analysis results side by side.

Right-click on any of the blue divider lines to open the context menu depicted in the following screenshot, which provides functions for introducing further subdivisions, removing entire layout cells, or resetting the relative size of the cells. Additionally, you can left-click on a window’s caption text to open the viewport menu. Here you have access to further layout manipulation functions, e.g. for splitting a viewport window into two halves: 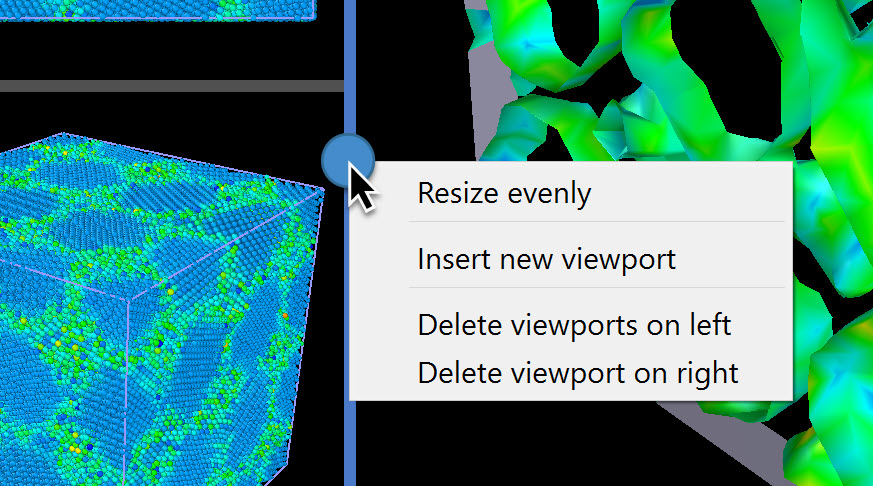 Right-click on a divider line¶ 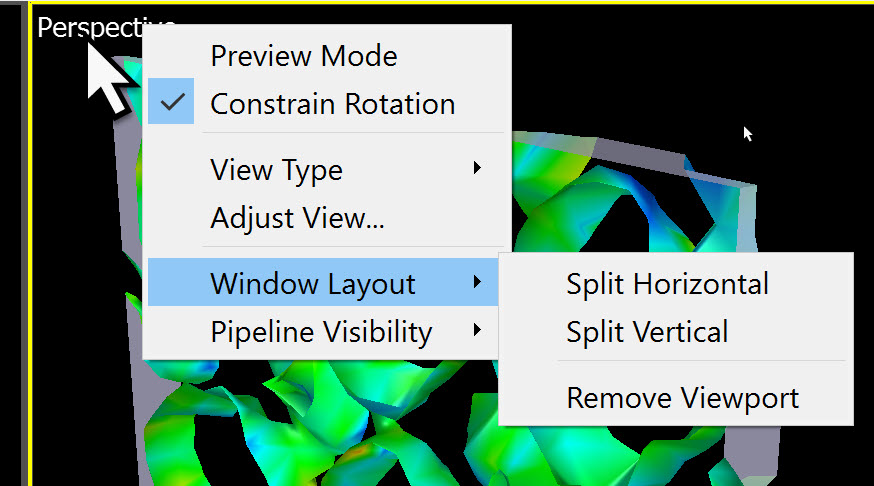 Left-click on a viewport caption¶

Any changes you make to the viewport layout can be undone if needed using the Edit ‣ Undo function as usual.

Controlling what is shown in the viewports¶

By default all viewports in the layout depict the same three-dimensional scene, just from different camera angles. If you add multiple datasets or pipelines to the scene, they will be visible in every viewport. However, using the Pipeline Visibility function found in the viewport menu (see right screenshot above), you can turn the visibility of individual pipelines on or off on a per-viewport basis. This gives you the possibility to display different objects or models in different viewport windows of the layout.

Read the introduction on pipeline cloning to learn how to duplicate an existing pipeline in OVITO and change the visualization style or input dataset for the cloned pipeline.

Rendering images or movies of a viewport layout pro¶

In the render settings panel of OVITO Pro you can turn on the option Render all viewports to include all panels of the current layout in the rendered output image or movie:

Additionally, switch on the option Preview visible region to display guides in all interactive viewport windows indicating the visible portions that will be part of the final output layout.

If you want to permanently replace the standard 2-by-2 viewport layout of OVITO with your own layout, you can do it via this customization mechanism.